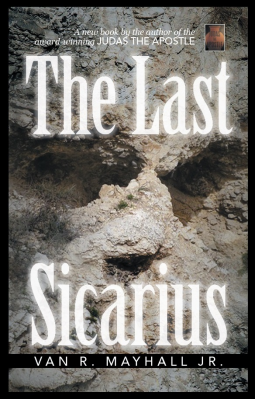 Dr. Clotile Lejeune, an ancient languages expert, barely survived her encounter with the Kolektor, a billionaire arms merchant desperate to possess the ancient oil jar bequeathed to Cloe by her father. Now that the Kolektor has met his fate at the hands of the Sicarii-the shadowy successors to Judean revolutionaries and now guardians of the cave of jars-Cloe is busy translating the newly discovered and potentially earth-shaking journal of Christ’s public ministry. But when she is called to a personal audience with the pope, Cloe soon realizes her past has caught up with her once again.

With the fate of Christianity at risk, Pope Francis charges Cloe to find the cache of jars and keep them away from their adversaries. Meanwhile, on the other side of the world, the Kolektor’s criminal organization has been taken over by a ruthless man intent on stopping at nothing to find the cave of jars-and the Sicarii. Led by biblical clues, Cloe; her son, J.E.; and the monsignor, a mysterious Vatican operative, embark on a perilous journey to France, Jerusalem, and Tunisia, relentlessly pursued by the Kolektor’s replacement. Only time will tell who will find the cave of jars first.

In the exciting sequel to Judas the Apostle, Cloe and her friends race against time to find the ancient jars before Christianity is destroyed forever.