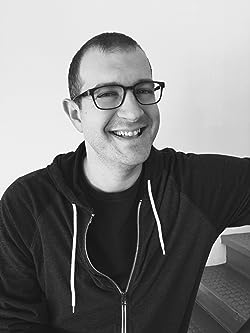 Michael Phillip Cash is an award-winning screenwriter and novelist. He’s written ten books including the best-selling Brood X, Stillwell, The Flip, The After House, The Hanging Tree, Witches Protection Program, Pokergeist and Battle for Darracia series. Michael’s books are on the Amazon best-seller list and have also won numerous awards. Additionally, he is a screenwriter with 14 specs under his belt.

Michael resides on the North Shore of Long Island. He writes full-time with his screaming kids in the background.

Michael has delved into different genre’s to please the readers and see which areas he enjoys the most. Hard to say as his books are a success. He has won awards on The After House; The Flip; & Witches Protection Program.

I first became aware of this author when I got a book off of Amazon, yes I love Amazon for my Kindle!! Amazon carries everything and carries Michael‘s line of books. I bought the book, Brood X, back in October 2014. It was the beginning of his sci-fi series stated as, ‘A Firsthand Account of the Great Cicada Invasion.’ It had appealed to me as I am a retired labor nurse and it mentioned vaguely about the biblical aspect about locust simile. I was totally off the wall when I read this as I was not prepared. Michael writes in great detail and in real world time. He makes you feel like you can step into the story and just go with it. I didn’t want to be a part of that one- I hate BUGS. However, the writing was excellent.

Since then, Michael has branched out and I forgive him as I now want to read the other areas as I do love paranormal stories, etc.

His newest book was just released on 7/15/2015 and it was Pokergeist, with the publisher being Chelshire Inc., Createspace Independent Publishing.

Sometimes life, as well as death, is about second chances. Luckless Telly Martin doesn’t have a clue. An awful gambler trying to scrape by as a professional poker player, he becomes the protégé of world famous poker champion Clutch Henderson. The only catch…Clutch is a ghost. Telly and Clutch must navigate the seedy gambling underbelly of Las Vegas learning to trust each other in order to win the elusive International Series of Poker, repair their shattered personal relationships and find redemption in this life and the hereafter.

I loved this book and when I received a free copy- the publisher, Red Feather Publishing , sent the book along with pencil and pad. The uniqueness of these is what caught my attention. The pencil was in the shape of a witches broomstick!! The pad of paper in the shape of a detective badge. These little souveners will be in my desk and needless to say, I will remember the book.

Synopsis: Wes Rockville, a disgraced law enforcement agent, is given one last chance to prove himself and save his career when he’s reassigned to a 232 year old secret government organization. The Witches Protection Program.

Julie and Brad Evans are house flippers. They buy low, clean out the old occupants junk, and try to make a profit. Enter Hemmings House on Bedlam Street in scenic Cold Spring Harbor, Long Island. Too good a deal to pass up, but with an ominous secret. The old Victorian Mansion has dwellers that do not want to be dispossessed. As the house reveals it’s past, will the couples marriage survive The Flip?

Remy Galway and her daughter Olivia are rebuilding their life after a failed marriage in a 300 year old cottage in historic Cold Spring Harbor, Long Island. Little do they know, another occupant is lurking in the haven of their own home. Will the After House be their shelter or their tomb?

Paul Russo’s wife just died. While trying to get his family’s life back in order, Paul is being tormented by a demon who is holding his wife’s spirit hostage on the other side. His fate is intertwined with an old haunted mansion on the north shore of Long Island called Stillwell Manor. Paul must find clues dating back hundreds of years to set his wife’s soul free.

Enter a world where spirits roam the earth in Michael Phillip Cash‘s haunting new novella, The Hanging Tree. Set amid the eerie backdrop of Long Island, an area famously steeped in old legend, two young would-be lovers contemplate their future while visits from those who have come before them reveal the lure of fate…and the power of free will.
At seventeen years old, Arielle’s relationship with her parents is slowly deteriorating. Angry and defiant, she is at a loss on how to cope with the tumultuous situation in which she finds herself. Arielle’s only comfort is Chad, an eighteen-year-old young man who seems to truly understand her struggles.
Arielle and Chad meet beneath the low-hanging branches of what the local community has nick-named the “Hanging Tree“. An ancient and majestic landmark, it has long been rumored that the tree is haunted by ghosts. These ghosts span various centuries and vary wildly in age, but each one of them has one thing in common: their deaths are all somehow connected to the tree itself.
As Arielle and Chad commiserate over their current situation and their precarious nature of their future, the spectral inhabitants of the Hanging Tree witness their conversation. One by one,the ghosts begin reminiscing about their own lives-and deaths- as they examine the inner demons with which their human forms long struggled. An eerie meditation on the oft-overlooked power of choice, Cash’s The Hanging Tree will stay with readers long after they turn out the light.

Seth is laid off from work. His wife Lara just found out they are expecting a baby this summer. Seth plans on documenting the entire pregnancy with his brand new digital camcorder.
During an evening home watching television, the news reports that a swarm of cicada (Brood Ten) are expected to overwhelm the entire Northeast.
Brood Ten is vicious and ready to invade.
During a sweltering summer night, Brood Ten emerges and wreaks havoc with the electric grid, phone and cell service, wi-fi, food and water supply. Civilization as they know it is gone.
Seth and Lara are thrown back to the stone age in their own home with trillions of cicada trying to deposit their eggs and breed.
Fast paced and filled with tension, Brood Ten is the perfect summer read when you’re sitting outside listening to the cicadas sing.

THE BATTLE FOR DARRACIA TRILOGY:

Synopsis:(book 1 – Schism) On the planet Darracia, an ever-widening social gap between its inhabitants is causing turmoil that is fracturing a once peaceful world. Struggling with his identity, nineteen year old Prince V’sair must harness the power of the elusive Fireblade, the secret to a warrior’s heart, in order to overcome his uncle Staf Nuen’s lust for supremacy. Will the energy of the Elements guide the young prince to his true destiny or will Staf Nuen conquer Darracia?

Synopsis:(book 2 – Collision) The Darracia saga continues with all the key players spread out and searching for answers throughout the solar system. Prince V’sair struggles to hold his fractured kingdom together without help from his family. His stepbrother Zayden is on a vengeful hunt for his evil uncle Staf Nuen. Tulani navigates her two worlds trying to bring them together. Staf Nuen, the orchestrator of the original coup, is making unholy alliances with nefarious new allies. Like the comet zipping across the horizon, all the different factions are heading for a collision course that will test both their faith and power.

Synopsis:(book 3 – Risen) Imprisoned on the dead moon of Bina, trapped at the bottom of the cold Hixom Sea, locked in a cell in the flooded Desa, and blinded and defeated in the Eastern Provinces, the ruling class of Darracia is defeated without hope. In the stunning conclusion of the Darracia Saga, V’sair, Tulani, Zayden, and Reminda must dig deep and find both strength and faith to rise from the depths of the impossible and restore order to their home planet from Lothen, Staf Nuen, and the evil armies of Geva.

As you can see, a wide variety to choose from. You can find his books on Amazon and listings are on Goodreads.

READ and ENJOY–the best thing you can do is write a review also to thank the authors!